New comics. Cosplays. Westero-inspired artworks. Anime merchandises. Fantastical delights. Here are pictures from Jakarta’s two-day Pop Con event at the Jakarta Convention Center that featured notable guests like Power Rangers star Walter Jones to groundbreaking stunt actors. As a ‘prelude’ to the upcoming Comic Con in October, Pop Con attracted a large number of visitors in fantasy fans and cosplay lovers from all over the city that it was a surefire success. 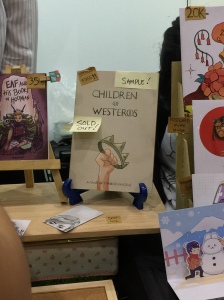 “Children of Westeros” is a fanzine created for all die-hard “Game of Thrones” addicts. It sold out really fast. 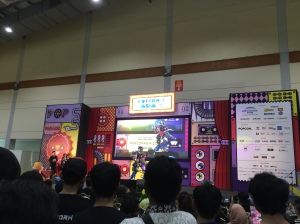 A cosplayer showed off his costume as a Transformer. He was a crowd favorite. 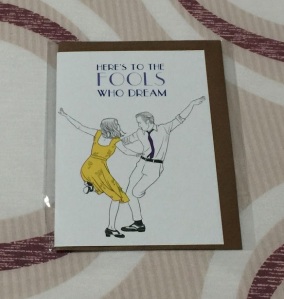 This whimsical”La La Land” greeting card was a best seller. Glad I bought it before it sold out.

Presenting a brand new medieval game called “Celestian Tales”. I purchased the soundtrack and character art to get inside the world of the story.