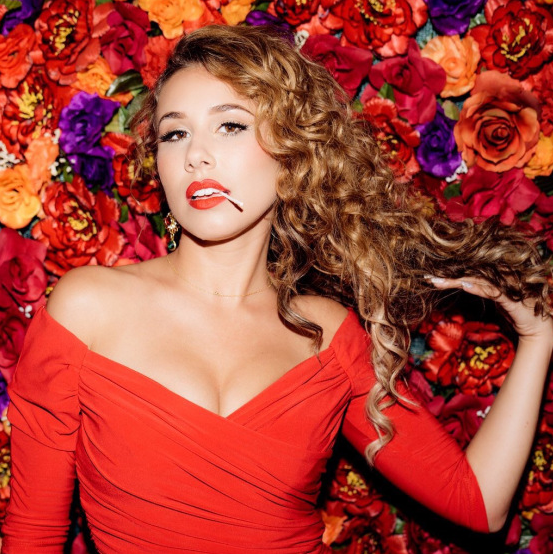 Queen Haley Reinhart has done it again, and she’s even better and bolder with the music video release of her brand new single, a lead-up to her sophomore album Better!

The enormously gifted recording artist and songwriter who has the voice of a goddess started her career on American Idol back in 2011 and went on to release her retrofabulous debut record Listen Up! with Interscope Records before taking over the jazz and music scene with her various Postmodern Jukebox collaborations plus lush vintage cover of Elvis Presley’s “Can’t Help Falling in Love”, which was used on a recent Extra Gum commercial. She has also guested on hit CW show 90210 and now dabbles in voice acting on the Netflix comedy F is For Family, where she plays little Bill Murphy.

On the day of its release, “Better” became an instant trending topic on Twitter with Haley’s fiercely loyal fans – the unbreakable Haliens – pushing to promote the music video with their power tweets. Hashtag: #HaleyReinhartBetterVideo. The UK pop sound as well as empowering message and catchy chorus in the song makes it radio-worthy, and the fiery music video takes it to another level.

“Better” is more than just a single. It’s a movement, and Haley Reinhart is inviting the world to listen up.

Get the “Better” album on iTunes now and visit Haley Reinhart’s official site to be a part of the Haliens.